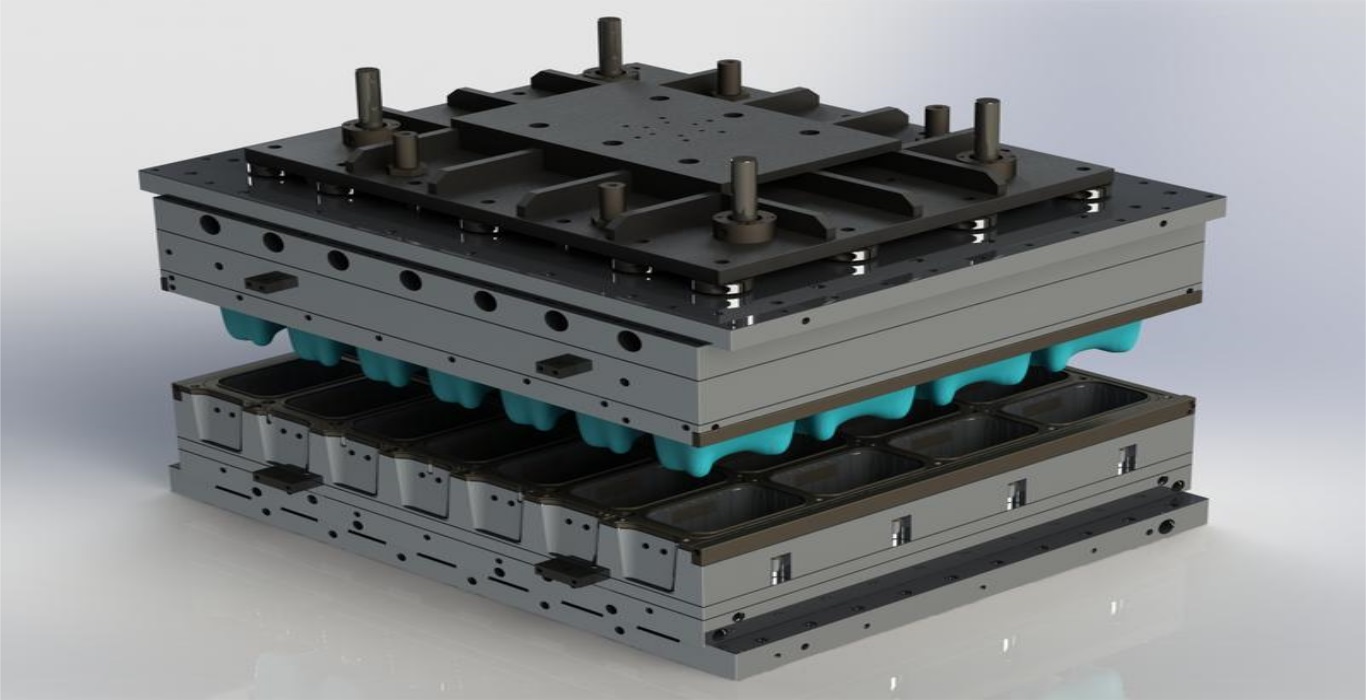 Injection Molding is a manufacturing process for producing parts in large volume. It is most typically used in mass-production processes where the same part is being created thousands or even millions of times in succession.

Up front costs tend to be very high due to design, testing, and tooling requirements. If you are going to produce parts in high volumes you want to make sure you get the design right the first time. That is more complicated than you might think. Getting the design right includes:

Plastic injection molding is the preferred process for manufacturing plastic parts. Injection molding is used to create many things such as electronic housings, containers, bottle caps, automotive interiors, combs, and most other plastic products available today. It is ideal for producing high volumes of plastic parts due to the fact that several parts can be produced in each cycle by using multi-cavity injection molds.

With injection molding, granular plastic is fed by gravity from a hopper into a heated barrel. As the granules are slowly pushed forward by a screw-type plunger, the plastic is forced into a heated chamber called the barrel where it is melted. As the plunger advances, the melted plastic is forced through a nozzle that seats against the mold sprue bushing, allowing it to enter the mold cavity through a gate and runner system. The mold remains at a set temperature so the plastic can solidify almost as soon as the mold is filled.

The sequence of events during the injection molding of a plastic part is called the injection molding cycle. The cycle begins when the mold closes, followed by the injection of the polymer into the mold cavity. Once the cavity is filled, a holding pressure is maintained to compensate for material shrinkage. In the next step, the screw turns, feeding the next shot to the front screw. This causes the screw to retract as the next shot is prepared. Once the part is sufficiently cool, the mold opens and the part is ejected.

Although most injection molding processes are covered by the conventional process description above, there are several important molding variations including:

Injection molding is a great technology for finished production on a massive scale. It is also useful for finalized prototypes that are used for consumer and/or product testing. Prior to this late stage in production, however, 3D printing is much more affordable and flexible for products in the early stages of design.

NEXAMS , we are experts in low volume manufacturing and production of high-complexity parts .Our production team are all engineering qualified, passionate about Additive manufacturing and advanced Manufacturing technologies and dedicated to helping you find the optimum solution for your application – from the wide variety of materials and processes available.